Here at Subpod we kind of celebrate the earth, or at least soil and the amazing process that goes into creating it every day.

But there's actually a day set aside to celebrate the earth – and it’s a big deal! Today, we're taking a look at the history of Earth Day and why it’s important to the Subpod team.

In the fall of 1969, senator Gaylord Nelson announced the Earth Day concept at a conference in Seattle, inviting the entire nation to get involved. At the time, he was considered one of the leaders of the modern environmental movement.

Earth Day kickstarted the environmental revolution. Without it, issues like recycling, nature conservation and climate change might not be taken as seriously as they are today. 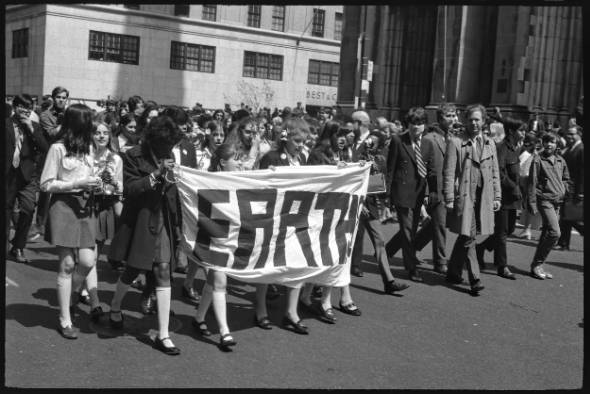 As Nelson recalls, “The response was electric… Telegrams, letters and telephone inquiries poured in from all across the country. The American people finally had a forum to express its concern about what was happening to the land, rivers, lakes and air—and they did so with spectacular exuberance.”

It’s estimated that up to 20 million Americans participated in the first Earth Day, and over a billion people have contributed to it worldwide since then!

Without Earth Day, it may have been many more years before attention was drawn to our changing climate and the threat of pollution. 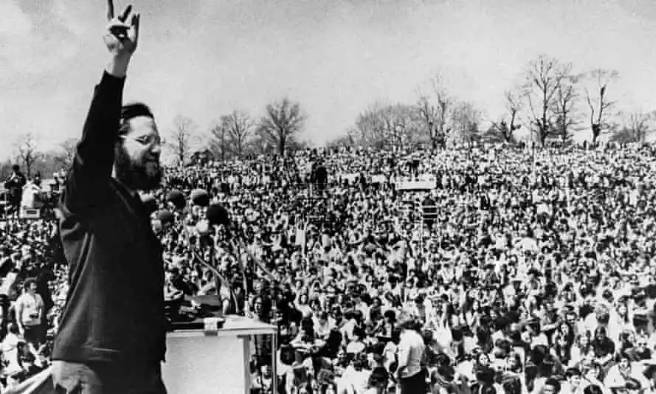 But the threats to our planet and our climate have only grown in the last 51 years.

Food waste alone releases a whopping 4.4 gigatonnes of CO2 into our atmosphere every year, the weight of over 40,000 fully-loaded U.S. aircraft carriers!

When food waste is viewed as a country, it contributes 8% of all global greenhouse emissions – the third-largest contributor behind the US (13%) and China (21%).

Subpod exists because of a small team committed to the idea of making composting a part of everyday life, and along the way, spreading love for soils, the biodiversity they sustain, and the deceptively simple concept of turning waste into a resource.

We truly believe that small actions like turning food waste into compost to feed the soil can create huge change when we do them together. It's what motivates us to do the work we do.

Subpod’s CEO, Saadi Allan, has been involved in environmental activism since he was a child. His parents participated in the peaceful protests that saved Terania Creek’s old-growth forests, which still stand today at the end of the valley he calls home. Since then, he’s been an active volunteer for many environmental and social campaigns.

He sees his role at Subpod as another way to contribute to a cleaner economy and healthier planet Earth. 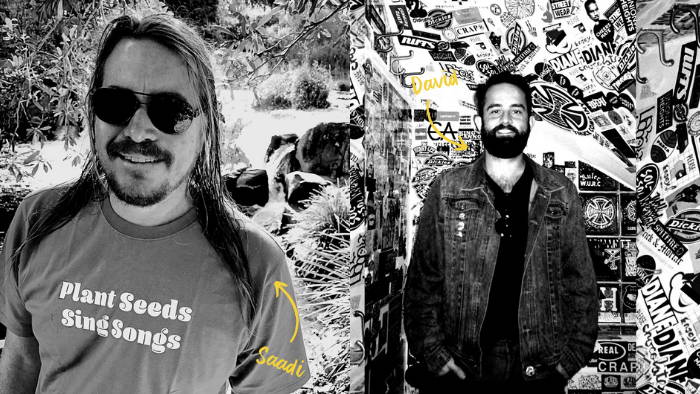 The banners of peace and hope at the first Earth Day were a source of inspiration for Subpods’ Creative Director, David Jonsson, during the design of our Organic Cotton and Hemp Garden Wear line. He believes the messages that helped spark the environmental movement are as powerful today as they were 50 years ago, and belong in modern fashion and culture.

Earth Day was, after all, intended to be a day of environmental education and awareness. We believe in educating everyday people on the impacts of food waste and empowering them to start doing something great for the planet by composting. What better way to raise awareness than with the shirts on our backs? 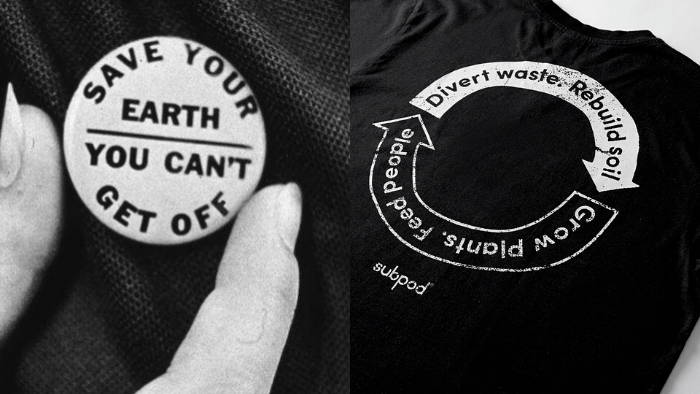 The clothes you wear and how you deal with your waste might seem a little trivial in the face of the bigger threats from climate change. But the small actions we take have a way of snowballing.

Senator Nelson couldn’t have known the impact his Earth Day proposal would have, but he believed in making the world better any way he could.

We have the power to help remove one of the largest contributors to global warming from the equation just by composting our food waste. It’s such a small action in the grand scheme of our lives, but sometimes the smallest decisions matter the most.

Today, we’re celebrating the people who take action. So happy Earth Day to everyone who makes noise, everyone who’s devoted their life to science and education, to planting trees or creating inspiring art – and to the 20,000 people around the world who compost their food waste with Subpod for the planet.